Hungry or Thirsty? Our Favourite Cocktails With Edible Garnishes

Sure, we love the classics- olives, citrus, and fruits will never go out of style. But what happens when your bartender dares to dream a little bigger and presents you with, not only a delectable cocktail, but a tasty garnish that is for more than just adding a little flavour to your drink? A whole new kind of party for your taste buds! Here are The Bar Ibiza’s favourite cocktails with succulent sides, and where you can sip (and eat) them. 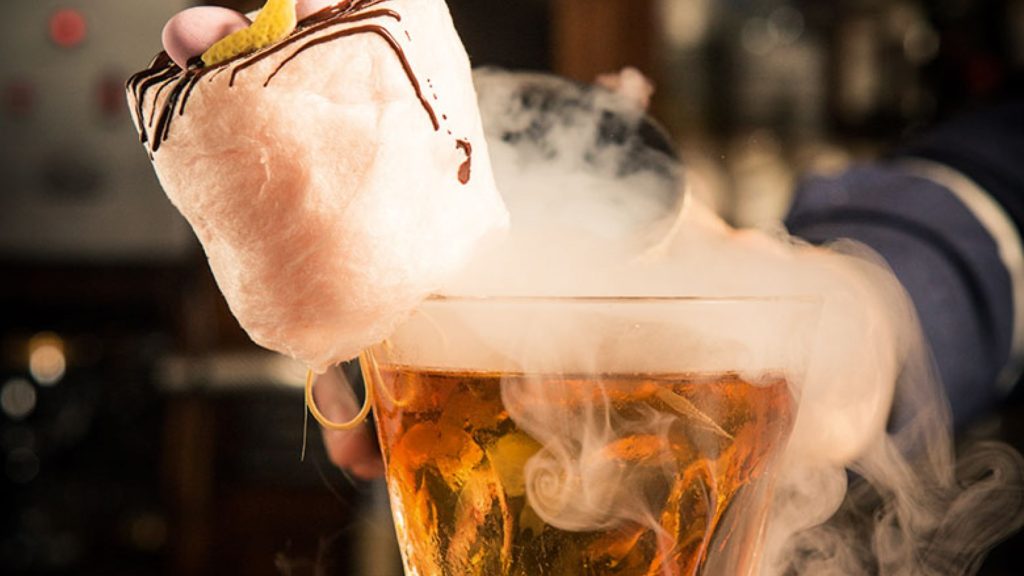 Toronto – The Night Jar (London, UK)
Bourbon, candy floss, and maple syrup? That’s sweetness with a strong kick. The Night Jar, a bustling Shoreditch cocktail establishment, does not play around when it comes to creating unique, electrifying cocktails that spark the imagination. The Toronto cocktail is a flawless blend of Woodford Reserved bourbon, roasted pecan & coffee maple syrup (hence its Canadian namesake), Gagliardo Fernet, and topped off with smoked orange blossom candy floss. A cocktail fit for those who want to channel their inner child while sipping on an adult beverage.

Sabrinatini – Barton G. (Miami, USA)
This one’s a showstopper, make no mistake. The beloved Sabrinatini is a Barton G original, star of the restaurant’s nitro-bar. The martini itself makes up of orange vodka, watermelon liqueur, triple sec, and St. Germain. The super-sweet cocktail is then topped off with a frozen champagne popsicle, that doubles as a nitro stick, giving the Sabrinatini its flash and flair. But wait – there’s more! The final touch is a chocolate monkey garnish named Sabrina, hanging from the glass and begging to eaten. 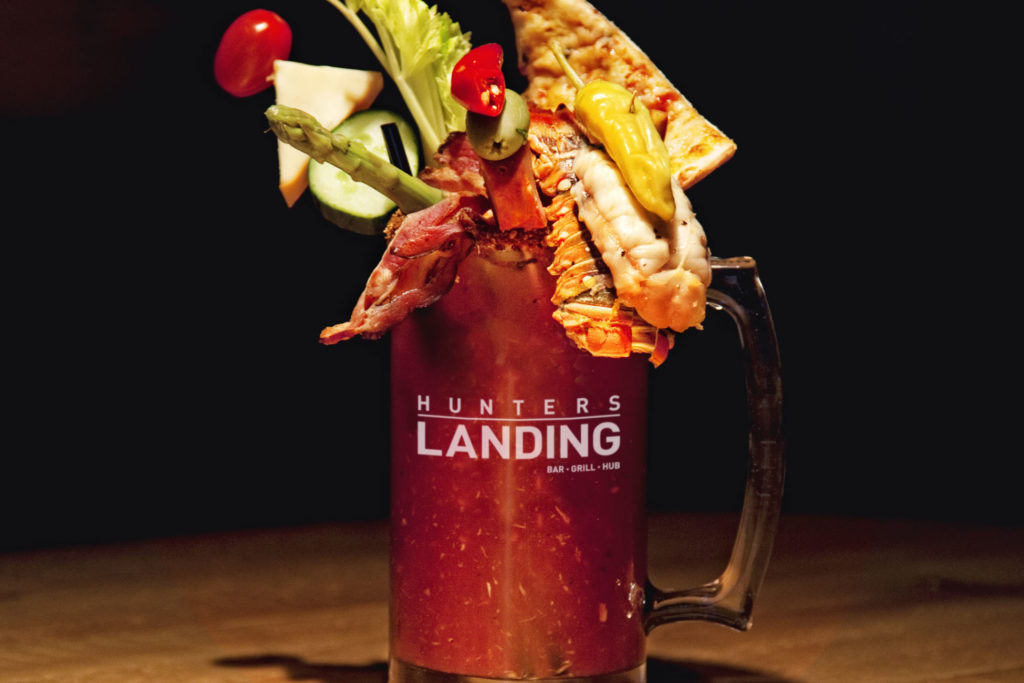 The Landing Cure – Hunter’s Landing (Toronto, Canada)
You know Bloody Mary’s reputation, but any Canadian will tell you a Caesar is the only right answer. How are they different? Replace tomato juice with clam-tomato, and add dashes of Worcestershire sauce, hot sauce, and pepper (and don’t forget a celery-salted rim!) You can easily order a caesar at any bar in Canada, but Hunter’s Landing in Toronto has the mother of all Caesars, perfected for wonky Sundays afternoons. The Landing Cure is garnished with a lobster tail, a pizza slice, jalapeno havarti, bacon, freshly cut vegetables and, last but not least, pickles. Do you even have to order the rest of your brunch after that? We don’t think so. 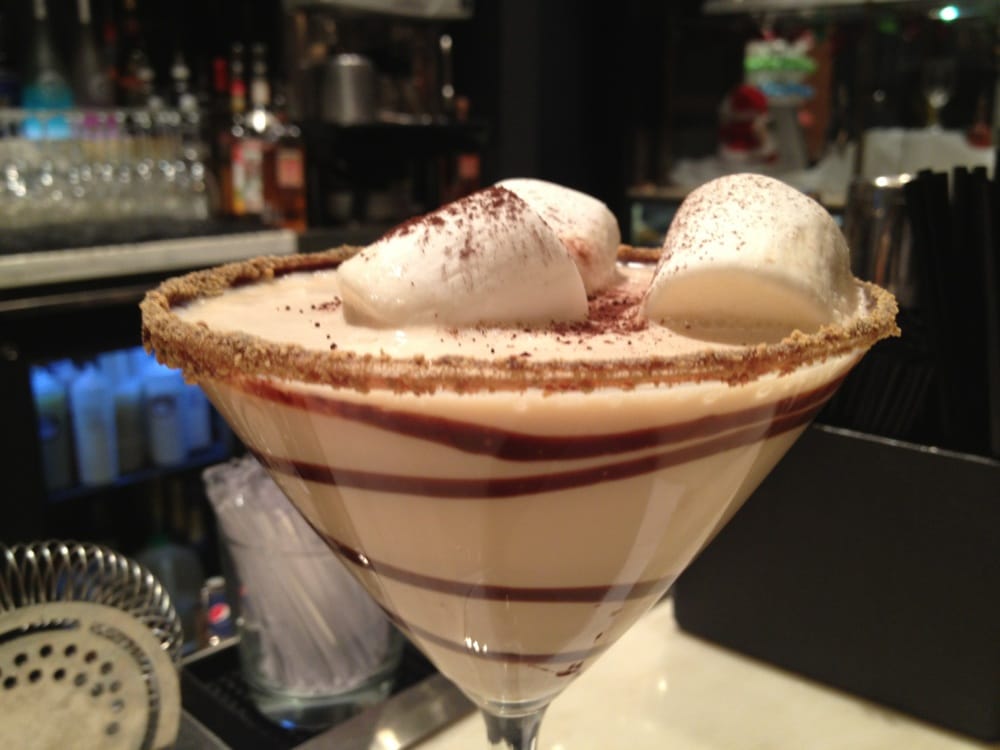 S’mores Martini – The Sugar Factory American Brassiere (Las Vegas, USA)
There’s nothing quite like roasting marshmallows on an open fire in the woods, and squishing them right between chocolate and a graham cracker. We can’t always find ourselves in front of a fire pit, especially in the heart of Las Vegas, but luckily The Sugar Factory brings the camping classic to you with the S’mores martini. This chocolate vodka treat has all the necessities: Three Olives Chocolate Vodka, Monin Toasted Marshmallow syrup, Godiva Chocolate liqueur, Licor 43, and whipped cream. Your sweet tooth won’t get a break after that either, because the true s’mores touch comes with the chocolate syrup and graham cracker crumb rim, with three large marshmallows to bring it all together. 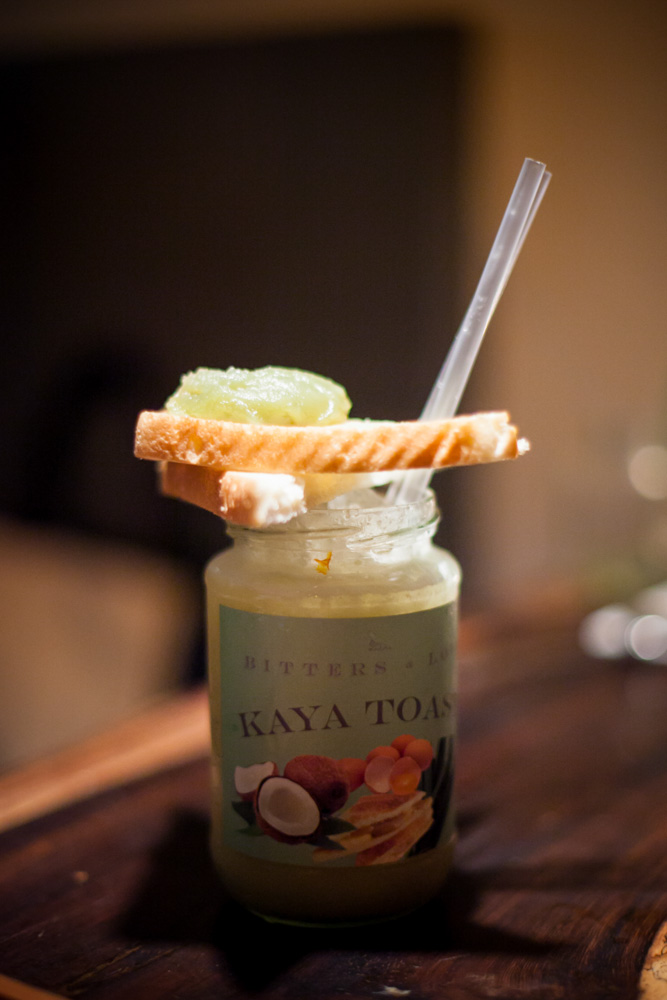 Kaya Toast – Bitters & Love (Singapore)
Often imitated, but never duplicated is Bitter & Love’s signature, and still most popular, Kaya Toast cocktail. A playful spin on the traditional Singapore breakfast, it’s a definite must-try should you find yourself wanting after-work drinks in the city, or simply feel like indulging in something new. The Kaya Toast cocktail is practically breakfast in a jam jar, combining egg white, rum, citrus, breakfast tea, and honey. Of course, a Kaya Toast cocktail would not be complete without its garnish: toast with a little kaya jam to nibble on.